This is Canadian National locomotive number 2699. It is a 212 ton machine powered by a 183 liter, 4400 hp V16 4 stroke diesel. Shortly before this picture was taken, while working under load, 2699 experienced what is known in the trade as a "catastrophic uncontained engine failure". The train was passing the town of Independence , LA, at the time. The first picture below shows that the engine exploded and one of the 16 cylinder-packs that form the engine was ejected through the engine bay body side and thrown clear of the locomotive. In addition to this the piston from that cylinder was thrown free by the force of the failure. It was ejected so violently that it traveled through the air and crashed through the roof of a nearby home where it embedded itself in an interior wall. 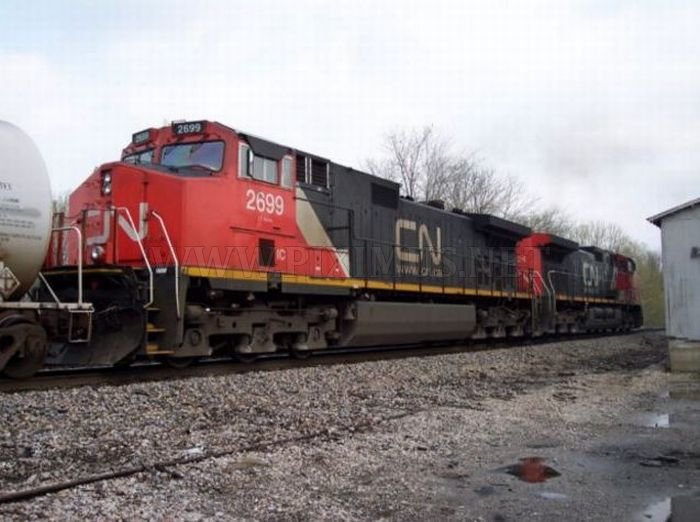 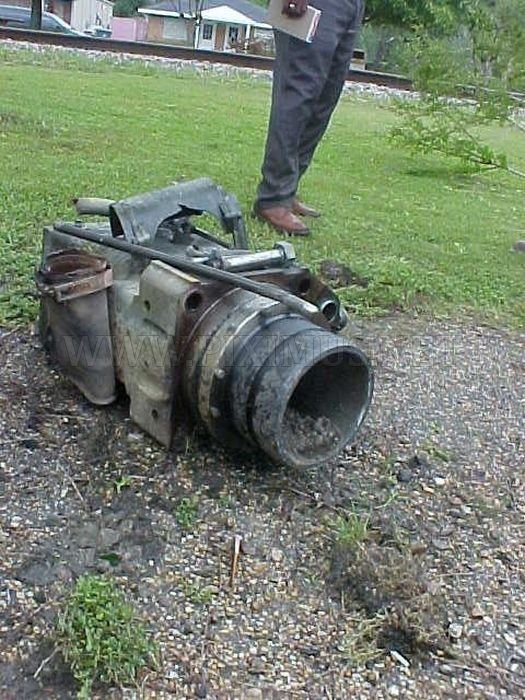 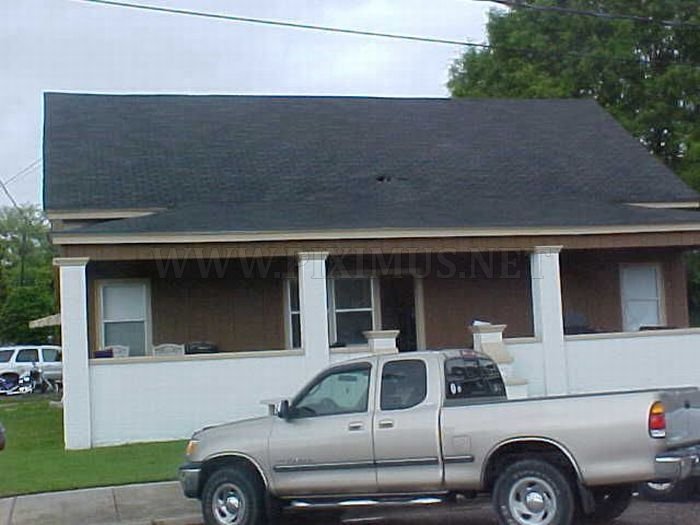 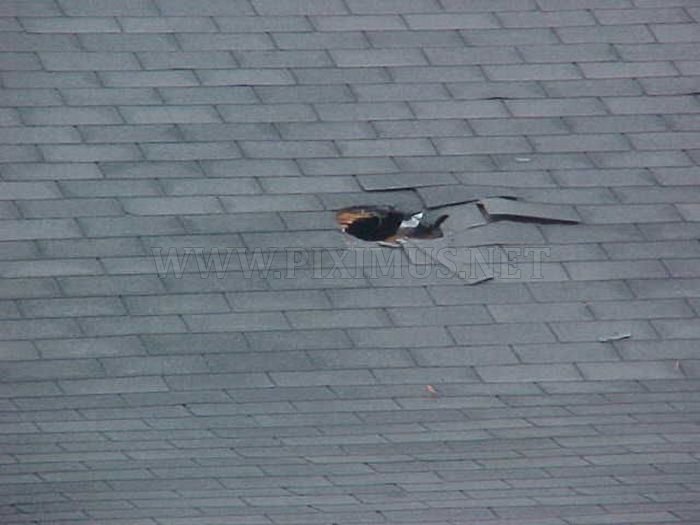 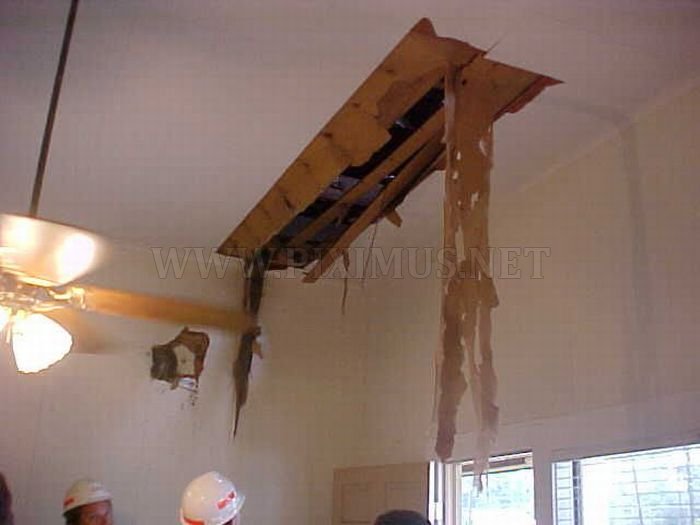 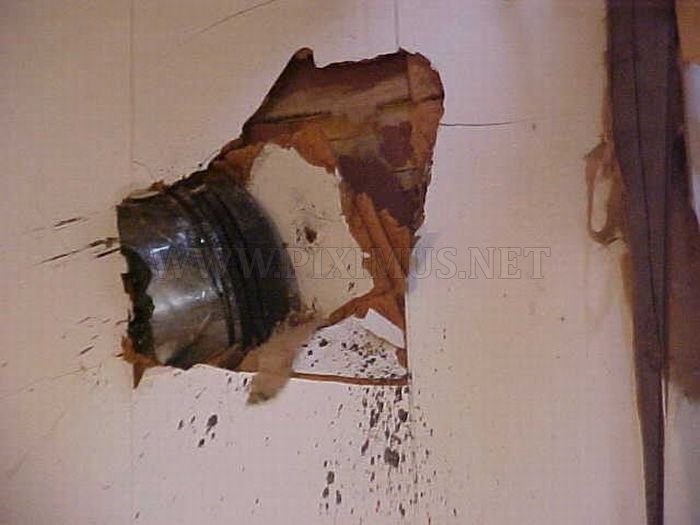 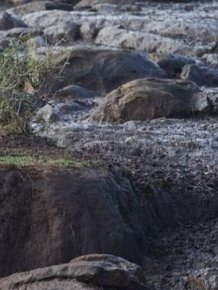 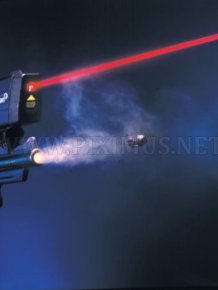